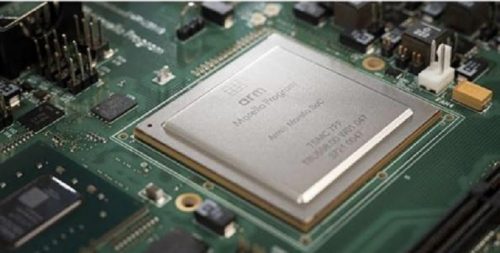 In its ongoing effort to amplify security, Arm has announced the availability of the Morello processor, System-on-Chip (SoC), and development board. This device uses a structure called CHERI (RISC Instructions Enhanced for Capabilities Instrumentation) that was developed with researchers at the University of Cambridge. The goal of the new CHERI architecture is to specifically mitigate memory integrity violations — software flaws that hackers exploit to gain control of a device or system — at the hardware level.

ARM notes that device security is a major challenge with major news related to hacks, breaches, and digital theft of one kind or another. Morello is a research program that aims to fundamentally change the way processors are designed and programmed in the future to improve embedded security. Morello is focusing on new ways to design CPU architecture that can make processors more powerful and deter some of the major security breaches.

Arm has been collaborating with the University of Cambridge for several years on their CHERI architecture, which defines hardware capabilities that would provide a more secure software building block. As a key part of this comprehensive research project, Arm has designed and built a system on a chip (SoC) and demonstration board containing the first example of the Morello prototype architecture.

Morello prototypes are now released and ready for software developers and security professionals to start using Morello’s architecture to demonstrate the enhanced security that can be achieved through hardware capabilities.

The limited-edition boards feature Morello’s prototype architecture embedded in the Armv8.2-A processor, an adaptation of the Arm Neoverse N1 processor chip. Boards are distributed to key stakeholders such as Google and Microsoft as well as to interested partners across industry and academia via the UKRI Digital Security by Design (DSbD) initiative. These partners represent a broad ecosystem of professionals to test Morello’s hypothesis and discover whether a viable security architecture can benefit businesses and consumers in the future.

According to the company, the new prototype boards will open many new opportunities for researchers to evaluate and test security benefits in real-world scenarios.

Arm also works with well-established partners and software ecosystems to use these modular systems to develop enhanced security solutions that are expected to impact a wide range of applications.

Regarding the new development, Ben Lowry, Principal Security Engineer from Google Research commented, “PCs are incredibly useful but the price we are paying for this tool is more and more exposure to security and privacy issues. CHERI could allow for better and more cost-effective protection Without low performance, Arm’s Morello prototype could help mitigate security issues, showing the way to a better future for all computer users—in other words, nearly everyone.”

“Memory vulnerabilities are one of the longest-standing and most challenging problems in all of software security,” said David Weston, Director of Enterprise and OS Security, Microsoft. “Using silicon infrastructure to eliminate entire classes of security issues with minimal impact on performance has the opportunity to be transformative with tremendous positive impact, and I am very excited about the Morello project.”